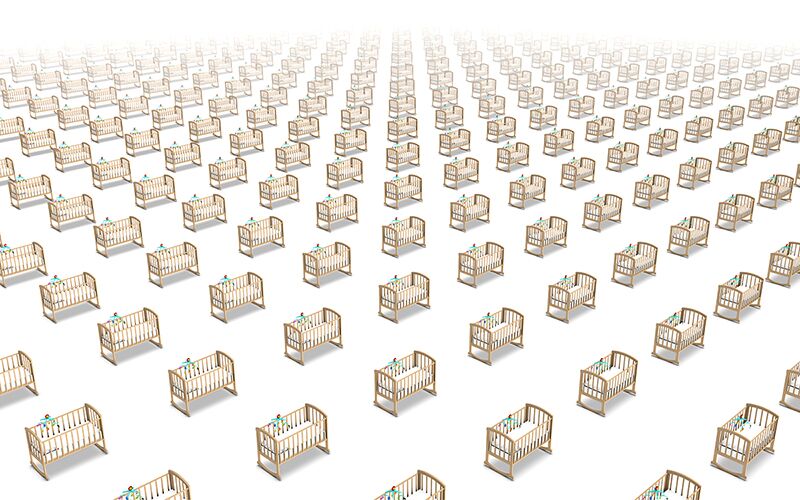 In November, Sierra published a special themed issue on gender equity and the environment that, among other things, tackled the thorny issue of the planet’s expanding human population. In particular, we wanted to redirect the conversation away from alarm about rising numbers of people on the planet and toward the need to guarantee human rights for girls and women, including access to education and reproductive health services. Unsurprisingly, the issue provoked an especially large number of letters to the editor (you can read them here), with a fair number of readers responding directly to my editorial, “Time to Fix the Population Fixation.” Many readers argued that I was too cavalier about the problem of an increasing global population. I understand this reaction. But on a long list of environmental problems that keep me up at night, I’ll admit that population growth is not one of them. Here’s why:

Without a doubt, the growing number of people on the planet puts a significant strain on natural resources and the ecosystems that support life. But a careful look at population trends reveals that while the total number of people on the planet is increasing, the rate of population growth is slowing. More people are having fewer children, so much so that, as Anna Louie Sussman points out in her recent New York Times opinion essay, “The End of Babies,” in many countries (including the US) the total fertility rate has fallen below replacement level.

Meanwhile, carbon emissions are experiencing no such decline. While political and social momentum to wean society off fossil fuels is building, no progress has been made in reducing greenhouse gas emissions. In fact, the amount of carbon emissions in the atmosphere reached a new record in 2019. We need to transition away from fossil fuels as quickly as possible. But what fundamentally stops us from doing this has less to do with population and more to do with who has power, and who is profiting from the current status quo—the mere 90 fossil-fuel companies that are responsible for two-thirds of the observed increases in global surface temperatures between 1751 and 2010. Every single one of us should be organizing to reclaim our political system so we can rein in the biggest polluters that are destroying the ecosystems we need to survive.

Some readers were quick to point out that an increasing population is a big part of what is causing emissions to rise in the first place, but this is not how I see it. The main imperative right now is to find alternatives to oil, gas, and coal to fuel our energy needs, but that ambitious task is being constantly stymied by—you guessed it—our current political leaders. (For one recent example, look at the budget deal just passed by Congress in which extensions for renewable-energy tax credits were eliminated, nixing what Inside Climate News called “Congress’ best opportunity to accelerate renewable energy and cut US greenhouse gas emissions.”) Fossil fuels are so inextricably a part of our lives, and we are so deeply habituated to this state of affairs, that it can be hard to feel the full force of the emergency we are in. If, as a number of Sierra readers suggested, population is the elephant in the room, then our addiction to fossil fuels is a Tyrannosaurus rex about to devour us all.

One goal of Sierra’s November/December issue was to parse the complex relationship between consumption and population. It’s true that the rate of consumption rises along with an increasing population—unless that is, we could figure out how to bring down rates of consumption independently of population. This is very hard to do, so hard in fact, that it can seem easier to focus on reducing population as a way to limit total gross consumption rather than tackling per-capita consumption, an approach that often involves telling people (usually women) to have fewer children. As with fossil fuels, each of us is implicated in the problem of over-consumption, in complicated ways that are hard to see and disentangle ourselves from.

Trying to figure out how to reduce per-capita consumption gets us into nebulous territory. Essentially, our entire society needs to develop a new system of values, or revive some very old ones, so that what drives us collectively is the pursuit of enough for all, rather than a lot for a few. As Shahzeen Attari puts it in Sierra’s panel discussion on consumption, “We need to rethink how to untether consumption from growth, happiness, and satisfaction.”

Another panelist, Katherine Wilkinson, points out that 10 percent of the world’s population is responsible for about 50 percent of greenhouse gas emissions, and about 60 percent of those people are in the Global North. “Some people are consuming wildly more and wildly differently than others,” she says.

The Green New Deal works to tackle this problem by addressing inequality while also attempting to get a handle on over-consumption by the few. Imagine living in a society in which our shared goal was to ensure that everyone’s basic needs were met, instead of one in which the incessant consumption of things is equated with success. It’s a wonderful thought experiment, isn’t it—to imagine how far a transformation like this could go toward healing the planet? Maybe it’s pie in the sky, but I prefer to put my energy into realizing this vision than into dictating how many kids people have.

Another huge problem with focusing too much on population is that, historically, the topic has been infused with racism and sexism. Here’s how David Roberts of Vox puts it:

If the fact of a growing population fills you with an anxiety that you just can’t shake, then commit yourself to examining the roots of that anxiety—and to listening instead of talking. Find out what people in countries with high rates of growth have to say about it, and help to amplify their voices. (Check out, for example, the Oasis Initiative, which partners with activists in Nigeria and Niger—countries with some of the highest growth rates in the world—to improve access to family planning and education.)

4. Human Rights for All

It’s not a coincidence that population growth rates are highest in places where women tend to have the least agency and control over their lives. Consider, for example, Niger, where child marriage is common and girls often drop out of school early. Seen through this lens, a rapidly growing population can be interpreted more as a symptom of a problem than the problem itself. When women have the information and tools they need, they generally make the best choices for themselves, their families, and their communities. It is deeply unfair that millions of women don’t have these tools, and the fact that this inequity is so pervasive should be keeping all of us up at night. Female agency, in and of itself, is a goal we all need to be working for.

In sum, when we’ve finally broken free of our dependence on fossil fuels; when as a society we’ve figured out a collective value system not driven by the need to relentlessly consume products; and when all women have access to education and reproductive health services, as well as the ability to determine the course of their lives, maybe then I will decide that too many people on the planet is the problem I need to worry about. Until then, I’ve got other work to do.