Excerpted from Our Wild Calling by Richard Louv © Richard Louv. Reprinted by permission of Algonquin Books. All Rights Reserved.

One morning Lisa Donahue walked into her dining room and saw her six-year-old son, Aidan, and their large retriever, Jack, stretched out together on the dining room carpet. Both were facing away from Donahue. The boy was stroking the dog’s side. Then she heard her son say quietly, matter-of-factly, “Mommy, I don’t have a heart anymore.”

Startled, she asked her son what he meant.

She watched them for a while, in the silence and peace.

This permeability of the heart (or soul or spirit or neurological con­nection) occurs naturally when we’re very young. Some people continue to experience it throughout their life, though they may have no words to describe it. They experience it with their companion animals and, if recep­tive and given a chance, with wild animals, too.

Each animal we encounter has the potential to become part of us or part of who we could become. If we meet them halfway.

Indigenous traditions are fully accustomed to this approach to physical and spiritual existence. The American transcendentalists of the 19th century also saw the divine in nature. That movement’s leader, Ralph Waldo Emerson, wrote of the “great nature in which we rest, as the earth lies in the soft arms of the atmosphere; that Unity, that Over-soul, within which every man’s particular being is contained and made one with all other; that common heart.”

More recently, nature essayist Barry Lopez, in “A Literature of Place,” wrote, “If you’re intimate with a place, a place with whose history you’re familiar, and you establish an ethical conversation with it, the implication that follows is this: the place knows you’re there. It feels you. You will not be forgotten, cut off, abandoned.” Our attachment to the natural world is “a fundamental human defense against loneliness.” Lopez was primarily describing the ways land shapes our inner landscape. Animals, wild and domestic, also do this.

We live in fragile worlds. Two are familiar. The first world is the outer habitat of land, air, water, and flesh, the one that supports biological needs of humans and other animals. The second world is our highly individualized and private inner life.

Then there is a mysterious third world, the shared habitat of the heart. This is the deep connection between a person and another animal. It is the permeability of empathy. It is the connection that extends from within us, across the mysterious between, and into the other being. If we’re lucky, we feel something almost indescribable in return. We can learn to enter this habitat at will. This transportive leap can change our lives and the lives around us for the better.

These definitions are imprecise, not an exact map but more of a meta­phorical guide to thinking about our relationship with the natural world. The naturalness of this border-defying communion, as Aidan experienced with his dog, tends to fade when childhood ends. A teenager, before the demands and realism of adulthood set in, may still yearn for such encounters, even subconsciously. What if more young people experienced such transcendent, mind-altering encounters with urban birds or suburban coyotes or a rescue dog? Might a so-called at-risk teenager—or any of us—experiencing such a rite of passage set out on a different path to the future?

A few years ago, I had coffee with my friend Scott Reed at a local book­store. By profession, Scott builds relationships. He works as a community organizer, often through churches, in poor neighborhoods around the United States. Scott is fascinated by transformative encounters. Paraphrasing 20th-century German Jewish religious philosopher Martin Buber, Scott said, “The soul is over there—not in heart or head. But over there.” Buber’s mysticism focuses on the encounter and dialogue between humans: “When two people relate to each other authentically and humanly, God is the electricity that surges between them.”

“This is what Buber called the sacredness of the ‘I-Thou’ relationship,” Scott explained. “The divine is in you as well as me, and you discover it in relationship.”

The I-Thou relationship is quite different from the more common “I-It” relationship, which is based on what one can get from another person. In his famous 1923 essay, “Ich und Du,” Buber writes, “No purpose inter­venes between I and You, no greed and no anticipation; and longing itself is changed as it plunges from the dream into appearance.” Buber is primarily focused on the power of relationship between human beings and between humans and a Western definition of God. But his description of the I-Thou relationship might also be applied to the relationship between a human and a member of another species.

Recently diagnosed with aggressive stage 3 cancer, Scott continues to work and travel. He described how one evening when he’d returned from a long trip, even before his family could welcome him, his large dog leaped up and did what he had never done: pushed Scott back and held him, wouldn’t let him go. “What was that?” he asked. He felt it was something older and larger than recognition or affection. “That relationship is in the web of life I sense when I’m in nature. My breathing is easier there, the oxygen is plenti­ful, the smell of the leaves, the breath of life—all of it is connected.”

This essential connection or communion with other creatures—this habitat of the heart—is fragile. It needs nourishment to survive, as do they and we.

The heart is a useful metaphor, and perhaps more. An emerging area of neurological inquiry suggests that the heart is a mindful muscle; it resides in a complex physiological part of our body where we feel emotions in ways not yet fully understood. Living more in the moment, as other animals likely do, we are more mindful—more heartful. The heart—in reality or as meta­phor—does not exist in isolation. It exists in its own habitat, which contains it but extends beyond self-awareness to other hearts.

In other contexts, this space of connection goes by other names. In the arts, the word lacuna describes the seemingly empty but powerful space in a story; in music, it is the pause or passage in which no notes are played, allowing the listener to feel or project meaning.

Michelle Brenner, a pioneering conflict manager in Australia, prefers the word liminality, a concept developed in the early 20th century to describe the threshold stage between a previous and a new way of perceiving one’s identity—sometimes referring to the between stage in an initiation. “In some cultures,” she writes, “the liminal space is seen as sacred, to be respected and is holy, something ‘out of this world.’ . . . In other cultures, it creates anxious uncertainty, fear and disapproval.” This betweenness can be found everywhere in nature: between the seasons, at the river’s edge, between bioregions, at the borders of things, between two living beings, and, in Brenner’s words, in “the undecided moments when we are neither here nor there.”

There are as many descriptions of the place of connection as there are cultures, including especially those of Indigenous peoples. It is at once strange and familiar.

In human relations, love alters reality. We go mad with love. Limerence is the word for that. The chemical reaction that accompanies human love is measurable but defies full explanation. So it is with our deepest bond with other animals.

A friend who spends most of her waking hours in New York City once told me about an encounter with a pigeon—“a pigeon!” she emphasized—that left her speechless. As she walked to work, she passed the bird on the sidewalk. They looked at each other, and she felt “transported.” She used that word. Transported. My friend is not a person inclined to seek a shift in conscious­ness, but there she was on the sidewalk, with that pigeon. In that moment she felt inexplicably touched, elevated. She felt as if she had entered that bird’s world, and it had entered hers.

“It’s like an altered state. But without drugs,” she said.

And unlike drugs, it’s generally free of charge, and with no known nega­tive side effects. Depending on the animal. 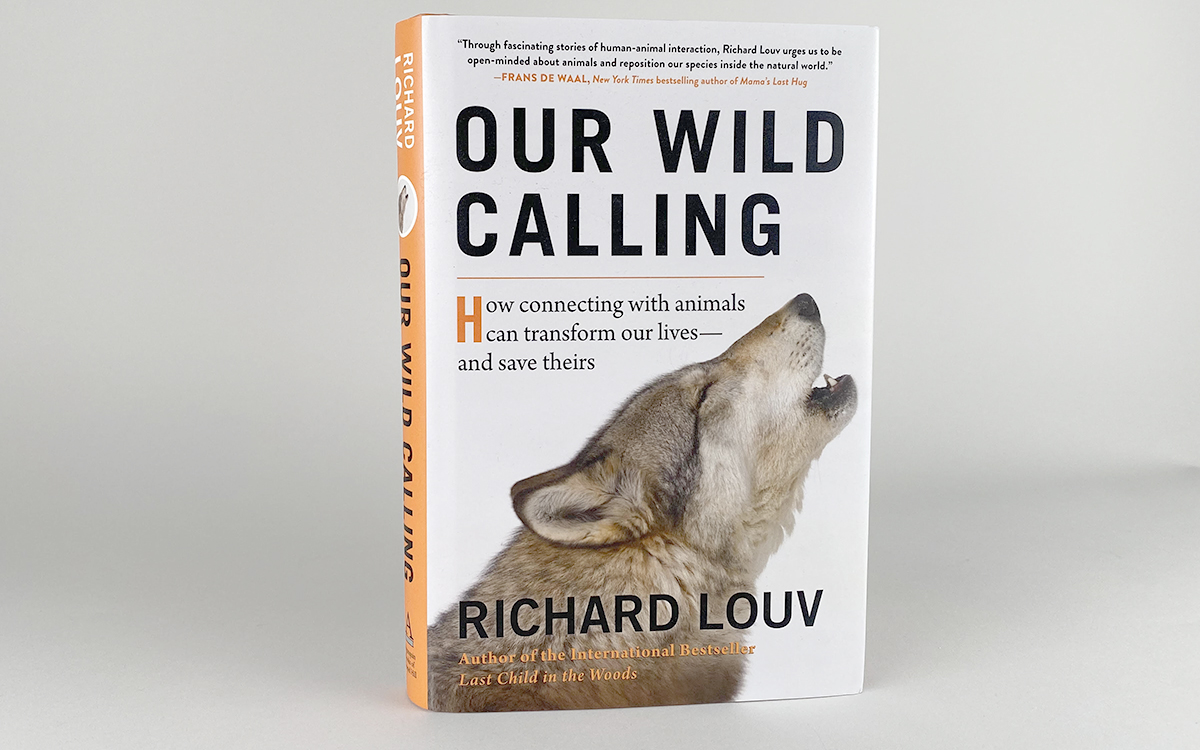