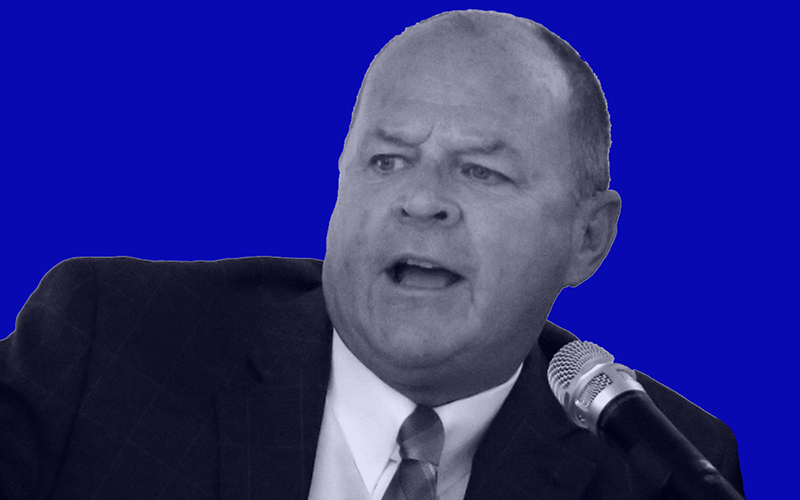 Easily lost amid the turmoil in the Trump administration last week was the firing of Mike Stoker, the administrator for the EPA giant Region 9. Stoker, a Republican and Trump appointee, blames clashes with EPA headquarters in Washington plus his willingness to work with Democrats—including House Speaker Nancy Pelosi—for his February 5 ouster.

Stoker, 64, is forthcoming about his work with California Democrats. When he took over Region 9, he says, the Superfund site at Hunters Point Naval Shipyard in San Francisco was “a mess.” A Navy contractor had fabricated test results and residents didn’t know if they were living on toxic waste. After tense negotiations with the Navy, Stoker got the state to conduct tests that showed that residents weren’t in danger.

“Working with Speaker Pelosi and the state and the Navy, we turned that situation around,” says Stoker, who received a letter of thanks from the Democratic leader.

A few weeks ago, Stoker says, he was told by a political appointee that headquarters had taken note of the praise he was receiving from Democrats in Congress. His dismissal comes as the EPA has been slashing staff while rolling back air and water protections. Stoker stands out among the many who have left the agency, however, because the agricultural attorney had also been a Trump loyalist, fundraiser, and Republican delegate.

“I was totally shocked,” say Stoker. “Nothing makes sense, other than my publicly posting my good working relationship with Pelosi, and my picture with her on my bookshelf, which the Office of Presidential Personnel would know about because they monitor news stories and their presidential appointees. I’ve never been reprimanded. No one has ever told me to do things differently.”

Stoker is an experienced hand in California politics who has worked on both sides of the political aisle. He was a Santa Barbara County supervisor, chair of the California Agricultural Labor Relations Board, and a deputy secretary of state, serving under both Republican and Democratic governors. His appointment as regional head in May 2018 was announced by Scott Pruitt, the then-EPA chief who resigned under the cloud of an ethics scandal a few months later.

While the animosity between Trump and Pelosi is open–just last week she ripped up a copy of his State of the Union address–Stoker had other problems with headquarters that also may have led to his undoing, according to people with knowledge of the matter.

Stoker pushed back against the assault on California’s air quality rules, according to one of the sources. He also disputed Trump and Wheeler’s demand that the state take action to prevent needles and waste from homeless people from flowing into San Francisco Bay. Stoker didn’t win much favor from headquarters by challenging it on those issues, the source said. Stoker denies that he challenged headquarters, saying he supported the decisions on emissions and waste run-off.

Another irritant was that Stoker traveled often in his large region—which includes Arizona, California, Hawaii, Nevada, and Pacific island territories—and focused on issues on tribal lands and along the Mexican border that EPA headquarters didn’t have much interest in. Perhaps worse, when Washington wanted him to attend events that promoted Trump’s agenda—like the January announcement of a revised definition of what waterways would be protected, known as WOTUS—the requests sometimes conflicted with his travel plans. Stoker says he always changed his plans to do what headquarters asked of him without quibbling, but he wasn’t always happy about it.

“EPA leadership repeatedly requested Mike to simply conduct the basic responsibilities of his job,” says agency spokeswoman Corry Schiermeyer. “Ultimately, after many requests, we regretfully had to relieve him for severe neglect and incompetent administration of his duties. His excuses and stories are simply all made up, and we cannot allow them to go without response.” Stoker’s replacement is John Busterud, a former attorney for Pacific Gas & Electric Co.

Under Trump, the EPA’s headcount has declined by more than a thousand positions, from 15,408 in 2017 to 14,172 in 2019. The loss of hundreds of scientists and the sidelining of their work has been damaging, according to Public Employees for Environmental Responsibility. In January, the nonprofit filed a complaint with the EPA’s Inspector General that was signed by many current and former EPA employees, including former regional administrators. It alleges that the agency’s top political officials had blocked the contribution of scientists in the waters of the US review, which threatens to dramatically scale back protections for streams and wetlands.

“I’ve never seen such horrific morale in the EPA,” says PEER Science Policy Director Kyla Bennett, an ecologist who became a whistleblower while at EPA in the 1990s. “Career scientists and lawyers are hanging on by their fingernails. We may never know why Stoker was fired, but if he did anything but toe Trump’s line, he was toast.’’

Stoker declined to elaborate on the nature of his disputes with Washington, saying only that he had a personality clash with Doug Benevento, the associate deputy administrator, and that headquarters sometimes left him out of the loop on its plans.

But in a letter to his staff after his dismissal, Stoker hinted that there was more to say about his rocky relationship with EPA brass: “There are a lot of specific situations that someday I will reveal, but that day will not occur while the president is still in office.”

Stoker may never know if the Trump administration canned him partly because of his work with Democrats. But he does know that he will vote for Trump again.

“At the end of the day, the president is going to be supporting the policies that I want,” he says. “He may be the biggest S.O.B. around, but I’ll still vote for him.”