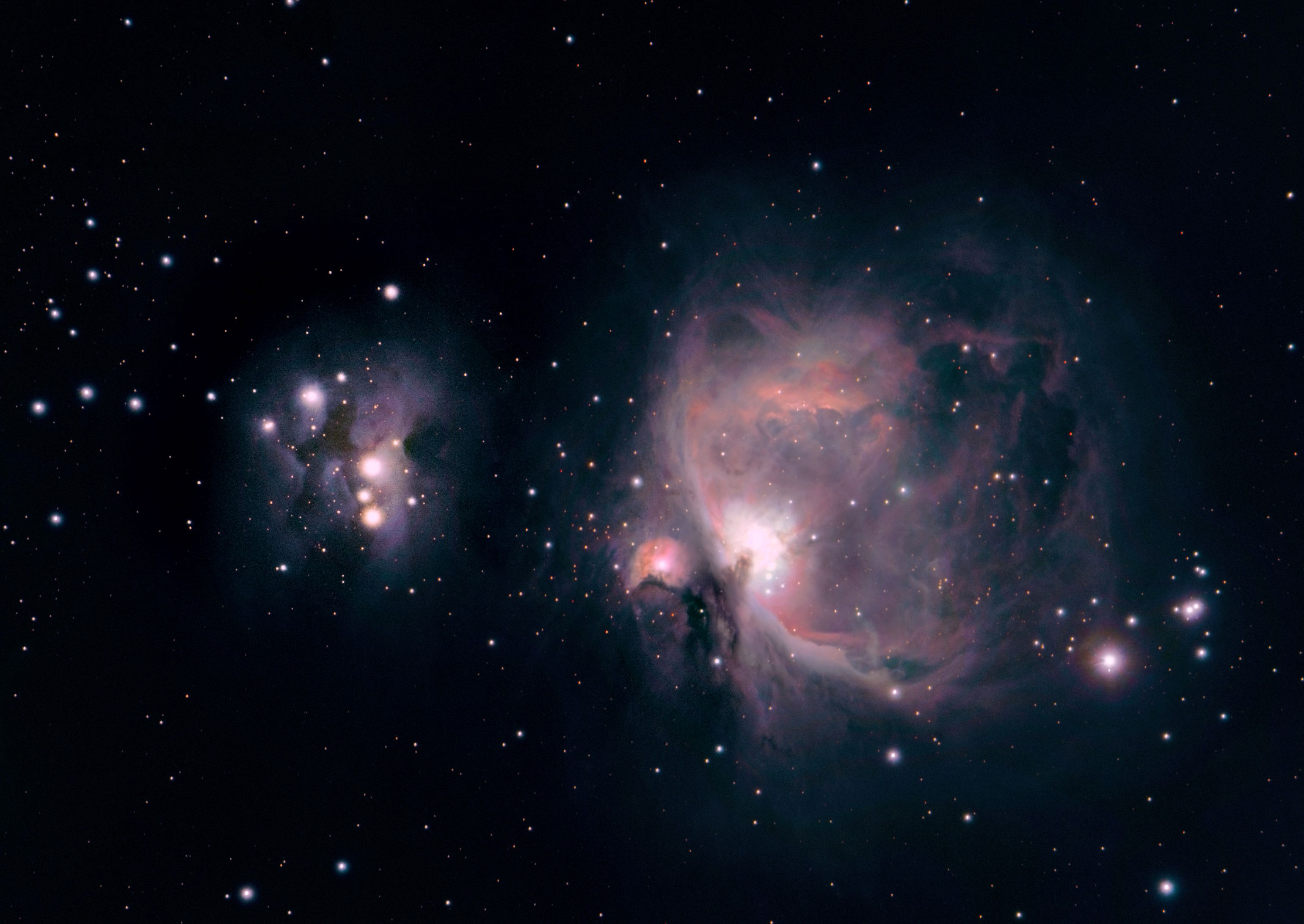 I’m alone in my backyard in the dark, sitting in a cushioned chair, waiting for the clouds to break. My feet crunch satisfyingly on the decomposed granite. Like clockwork, a barn owl on its nightly rounds calls out with an eerie shriek—once and no more. Sometimes, I imagine the owl is calling to me, a kindred spirit in this urban nocturne. Beside me is my telescope, which, in turn, is attached to an electronic mount that whirrs and ticks as it tracks the stars on their path across the sky.

Though emptiness is a defining quality of space, our own corner of the Milky Way is positively overflowing with material.  Point a telescope at a random patch of sky, any bit of it, and you will see that even areas that to the unaided eye appear utterly empty are overflowing, full of hundreds, even thousands, of stars. Like a drop of pondwater viewed under a microscope, the universe is, as the great astronomer Carl Sagan described it, “full beyond measure.”

Before we dive into the universe’s fullness, allow me to pose a few questions: Do you look up at night? Or have you given up on the stars? Have you forgotten what is hanging up there, over our heads? Do you remember a time when the stars were brighter? Or has the night sky always been an afterthought, an abstraction, another vestige of the natural world being blotted out by the indiscriminate hand of modernity?

The goal of this monthly column is to get you looking up once more. (And for those of you who do look skyward on a regular basis, it is my aim to enrich your understanding of what’s out there.) In upcoming articles, I hope to illustrate that even in an age of pervasive light pollution stargazing is a worthy and rewarding pastime.

You don’t need to live in a rural area to appreciate the planets, stars, and more distant and exotic objects such as nebulae, star clusters, and spiral galaxies. My home where I do most of my viewing and astrophotography is located in the midst of the urban glow of the San Francisco Bay Area. Neither do you need to be an expert to engage deeply with the structures of the cosmos. I myself have no high-level astronomical or mathematical training helping me to appreciate the cosmos in a numbers-falling-from-the-sky sort of way, though I have been stargazing, on and off, for over 30 years.

The objects I will chronicle are all within reach of the urban stargazer—even though some require more coaxing to observe than others. Today, backyard astronomy is undergoing what publications like Astronomy and Sky and Telescope have hailed as a “digital revolution.” Amateur stargazers, many living in or near major cities, now have access to tools once available only to research observatories—electronic tracking mounts, light-pollution cutting filters, and sophisticated software—allowing them to cut through the urban glow and reconnect with the night sky in a meaningful way.

The point of this column will be not just to describe what celestial bodies to look at and how to see them, but also to examine what they can tell us about life here on planet Earth. The processes at work in the universe are inseparable from the natural phenomena on our home planet. There will also be the inevitable philosophical ramifications, the ponderings of scale, place, meaning. After a night’s rumination on these dazzlingly far-off objects, I am usually reminded that Earth, the “pale blue dot,” is, by all measures, unique—our only refuge in an inconceivably vast universe.

On this night, I’ve chosen to point my scope at the constellation Orion, specifically at a wispy, cotton candy-like plume of gas in the constellation’s midsection—the Orion Nebula—one of the best known and most beautiful objects in the heavens. On a clear night, in sites with moderately dark skies, it can be seen with naked eye, but city dwellers should plan to observe on or around January 24, during the New Moon.

The Orion Nebula is a vast star nursery, some 1,600 light years away from Earth. In spite of its relative dimness it is bright enough to have been described in detail by astronomers in the 17th century. In 1619, a mathematician and Jesuit named Johann Baptist Cysat of Lucerne published the first description of the nebula, which he described as comet-like. The French astronomer Charles Messier added the Orion Nebula to his famed catalogue in 1771, giving it the designation Messier 42. Messier’s accompanying illustrations clearly depict the nebula’s swooping gaseous contours, which, to my eyes, resemble the wings of a pale bird in flight against the dark background of night. Some scholars have posited that the object was known to ancient peoples, including the Mayans who saw the wispy nebula as smoke from the embers of the campfire of creation.

If you have a scope or pair of binoculars, grab them and head outside. Orion, the Hunter, is easy to find. At this time of year in mid-latitudes, it emerges early on the eastern horizon (although, unless you have an unobstructed view to the east, you’ll probably need to wait till 9 or 10 o’clock before it gets high enough in the sky to see). Even from the brightest cities, the unmistakable hourglass shape of Orion can be teased out.  Two of the brightest stars in the Northern Hemisphere—the red supergiant Betelgeuse and the blue supergiant Rigel—define the top left and bottom right corners. These outer stars are bisected by a row of three stars making up Orion’s belt. Dangling from the belt are another three stars that define the sword. Train your binoculars or telescope on the middle star of the sword. What you’ll see there is not, in fact, a star, but the gossamer smear of the Orion Nebula.

The only way to reveal the Orion Nebula’s iconic pink, blue, and green wisps and swirls of gas and dust is by way of a camera attached to a telescope fitted to a specially designed tracking mount. With binoculars or a small telescope you’ll see a smoky gray patch, a “faint fuzziness” that, curiously, becomes brighter the more you look away from it. Turns out, our eyes are more sensitive to light at the periphery of our field of view, owing to the proliferation of light-sensitive rod cells along the edge of the retina.

The beautiful contours of the Orion Nebula are evidence of the star-making processes at work within. The vast majority of the stars here live rapid, volatile lives. Compared to these stars, our own sun, at 4.6 billion years, is in an elder statesman. Barring some unforeseen cataclysm, it will burn for billions of years to come. But the bulk of stars in the Orion Nebula exist for only tens of millions of years, a brief moment in the grand narrative of the cosmos. Some exhaust their nuclear fuel and detonate in gargantuan explosions, or supernovae, “flashing on and winking off like fireflies in the night,” as Carl Sagan described it. Other stars, however, avoid such a fate and migrate out of the nursery and into interstellar space. Our own star was birthed in such a place.

Zoom out a bit, however, and you will see that the Orion Nebula is not an isolated feature but part of a much larger array of nebulae known as the Orion Molecular Cloud Complex, which includes, among other objects, the Horsehead Nebula. Turns out, the entire constellation of Orion is a massive star-birthing arena. From these maelstroms of gas and dust comprised of heavy elements came the stars, the planets, my comfortable chair, the granite underfoot, the barn owl on its nightly errands, and you and I, in darkness, gazing into the smoke and embers of the first campfire.