A couple of years ago a reporter from NPR’s Planet Money took a picture of a guy in Nairobi, Kenya, with a t-shirt from “Jennifer’s Bat Mitzvah.” An enterprising reporter from the Jewish Telegraphic Agency managed to track Jennifer down. “In high school, [our friends] did a purge and got rid of all of our bar and bat mitzvah shirts and donated them,” she said. “We’re really good about cleaning out our closets and giving, we never throw out any of our old clothing. It’s nice to see it’s paying off and [going] across the world.”

While it is rare to encounter the new owner of your old schmatas, be assured that the old stuff you don’t consign to the landfill is very likely to find a new owner somewhere in the world via an intricate network of thrift stores, estate emptiers, bundlers, sorters, and Third World entrepreneurs. This network is the subject of Adam Minter’s Secondhand: Travels in the New Global Garage Sale. Minter, the son of a junkyard owner himself, has made a career of detailing the afterlife of the First World’s refuse; his 2015 Junkyard Planet: Travels in the Billion-Dollar Trash Trade followed the international trail of recyclables. His new book moves up a step in the classic environmental hierarchy of “Reduce, Reuse, Recycle,” to see what becomes of our stuff once we let go of it—through donations, like Jennifer’s, or after death, when representatives of the booming new profession of “home cleanout specialists” move into dispose of our earthly belongings.

Minter’s accounts of this unsentimental process may turn you into a proponent of döstädning, Swedish for “death cleaning,” a radical decluttering and downsizing that is meant to spare your friends and relations the trouble of doing it after you’re dead. Think of it as a Scandinavian version of Japanese danshari, of whom Marie Kondo is the most famous proponent. “There’s a magical quality to the operations of secondhand businesses,” Minter writes. “Visiting their backstage areas is a bit like lifting the curtain on an audition. In this case, the performance is about how little our stuff matters once we’ve let it go.”

No one, it turns out, wants your Beanie Baby collection. Even that beautiful antique furniture that’s been in the family forever has little value to a new generation living in increasingly cramped quarters who can buy what fits cheaply at Ikea. And clothes hangers—well, says a Goodwill manager, “The word does not need to make any more hangers.”

But the world does have use for more clothes, tools, appliances, and mattresses. “Whenever there’s a gap between wealth and poverty,” Rina Hamada of the Reuse Business Journal tells Minter, “there will be a secondhand industry.” 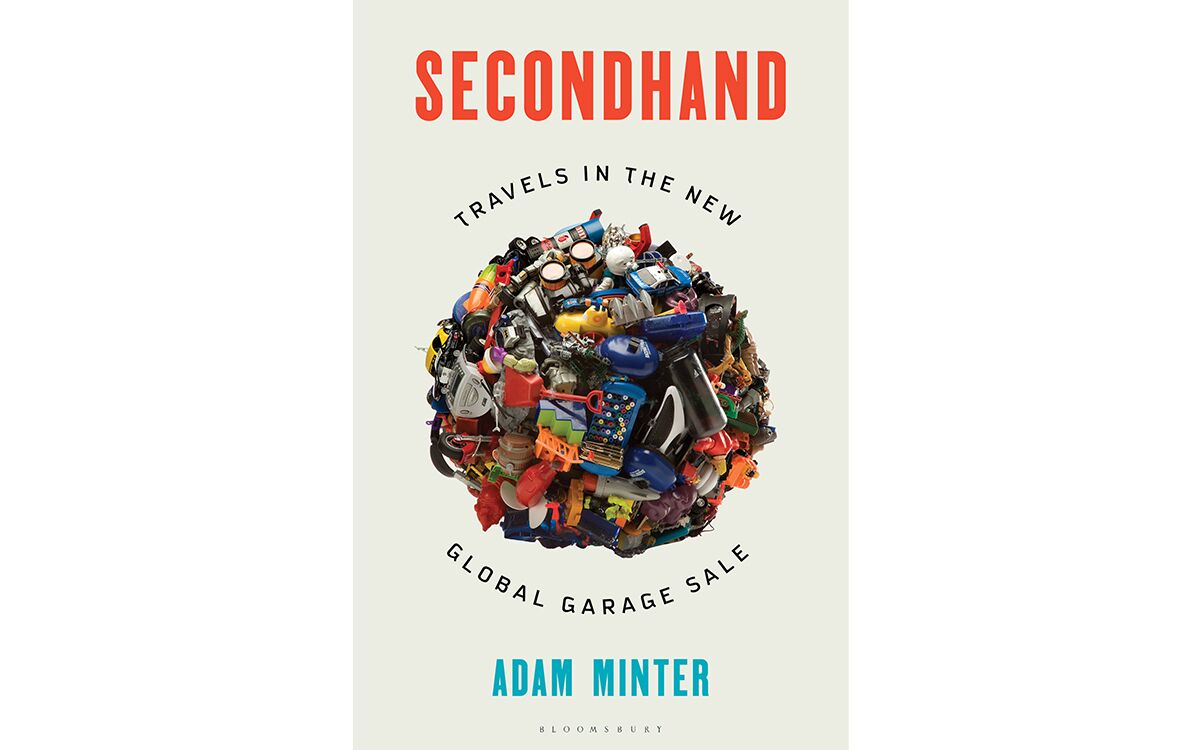 Many of the workers in that industry are specialists. Among those Minter profiles is the Shoe Guy, a Mexican trader who travels five times a week between the thrift stores of Tucson and the markets of Nogales with trailers full of footwear. Then there’s Mr. A. (people in this industry are shy of identification that might alert the tax authorities), a Nigerian trader who processes five shipping containers of clothing every week. He and those who buy from him are looking for, above all, durable clothing, like Jennifer’s t-shirt. (In this respect, Minter reports, African customers are more discerning than thrift-store shoppers in the US.)

A fashionable point of view that inhibits some from donating clothing that will end up in sub-Sharan Africa and elsewhere in the Third World count sees the used clothing trade as a manifestation of Western colonialism that destroys local textile industries. Minter argues persuasively against this perception (which is now greatly complicated by the entry into the clothing market of vast quantities of poor quality Chinese goods). “Of course, given a choice, most Africans—like people everywhere—would prefer new,” he writes. “But all consumers make a rational decision about value and what they can afford. Secondhand, in most cases, wins.”

Apart from the assumptions of would-be donors, Minter concludes, the increasing trend toward flimsy, throw-away goods is the chief detriment to the low-energy, zero-waste worldwide redistribution of goods. (Cheap synthetic clothing, for example, can’t even be made into rags when it’s worn out because it isn’t absorbent.) His proposed solution—more quality consumer goods that are both durable and repairable—would greatly improve the secondhand market, and also help declutter our privileged First World closets.