The ocean covers more than 70 percent of Earth, yet it’s rare to glimpse aquatic creatures at home in their ethereal marine seascapes. Unless, that is, you’ve devoted your life to underwater dive photography. As a child growing up near the ocean in Mexico, internationally renowned photographer Christian Vizl became obsessed with marine explorer and conservationist Jacques Cousteau. “I would always stand at the edge of the sea and imagine what it would be like if I could walk inside and see where all the animals live,” 2014’s Wildlife Photographer of the Year told Sierra. In 1997, Vizl became a diving instructor, and by 2013, was using light, shadow, scuba gear, and wide-angle lenses to capture otherworldly footage of shimmering sharks and jellyfish, seals at play, and a range of other undersea scenes and moods.

Along with essays from ocean conservation luminaries including Dr. Sylvia Earle of Mission Blue and Nora Torres of CodeMar, Vizl’s imagery powers Silent Kingdom: A World Beneath the Waves (Earth Aware Editions; 2019). At first glance, the exquisite coffee-table book is an ode to the ethereal beauty of the ocean and its magnificent denizens. But Vizl, who’s often submerged in warming, acidifying waters, primarily sought to spur readers to preserve the fragile world underwater. “We are so much more informed of the problems we’re creating on land—very few know what’s going on in the ocean, which is what actually drives life all over the planet,” says Vizl, who points out that if we continue our current rates of consumption, the ocean will host more plastic than animals by 2048. “Without blue, there is no green. And if we destroy nature, we actually destroy ourselves.”

“Without blue, there is no green. And if we destroy nature, we actually destroy ourselves.”

To acquaint viewers with the “love and beauty” of the underwater world, Vizl travels the world and spends whole days diving (generally about 80 feet deep), experimenting with light and angles. “I go down and absorb the beauty and life and scenery and take some time to absorb that and find my angles. After some time I start to shoot,” he says. “Morning and afternoon light is both very nice, but at noon you can get beautiful sun rays that penetrate very deeply and powerfully.”

But chiefly, Vizl coordinates with local dive guides so as to follow particular sea creatures. “I love all fish—invertebrates, vertebrates, and not just the big animals—and it’s from observing them that I learn the most. It’s amazing to see how families of humpback whales interact and cooperate among themselves, and how they treat one another with unconditional, unselfish love. And sea lions are always having fun and showing love and celebrating life,” he says, adding that he wishes more people would act like his subjects. “They behave way more civilized than we do on social media!”

Soon, Vizl’s haunting black-and-white oceanic imagery will go on a US museum tour that kicks off this September at the Minnesota Marine Art Museum. Catch a preview of the sublime grace of his aquatic creatures and marine seascapes by clicking through this slideshow of work featured in Silent Kingdom. 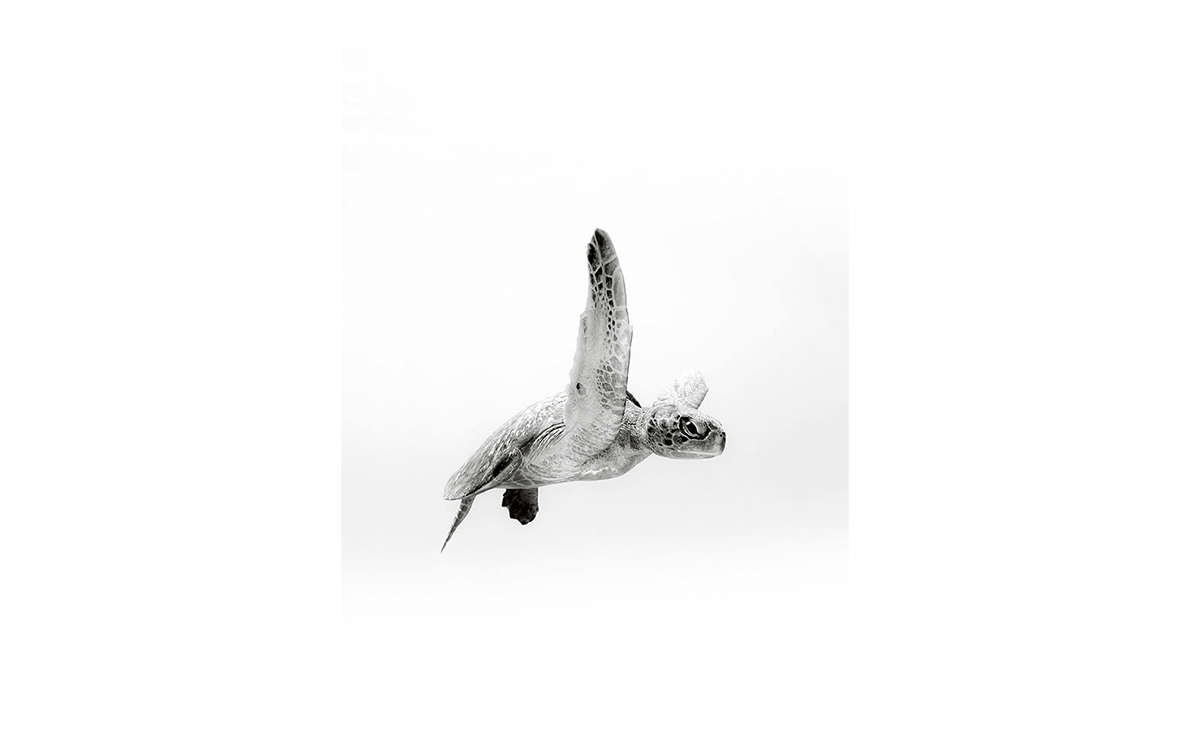